Peeking above the lush green trees of Untergiesing’s relatively flat skyline, curious onlookers might spot the glint of a golden cross in the distance.

Is it a church? A castle? The answer is neither. In fact, this Neuschwanstein-esque structure is a private villa-turned-monastery where monks and nuns live according to the historical Templar Order.

Here is some information about Unergiesing’s mysterious Templar Monastery, and how you can see it for yourself. 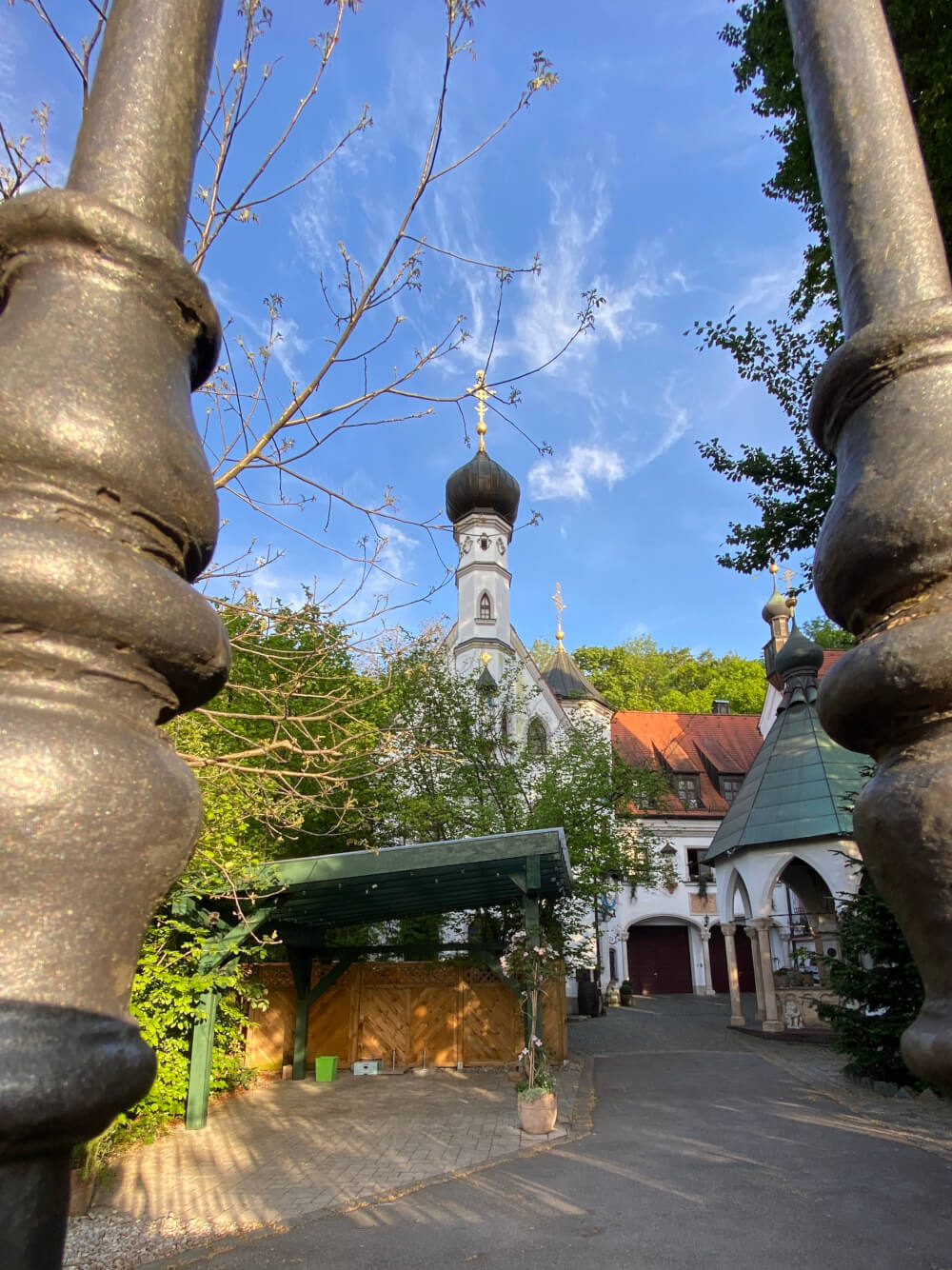 A Brief History of the Archicovent der Templer

As stated on their official website, the Archicovent der Templer is home to the German branch of the orientalisch-orthodox-katholischen und kreuzesritterlichen Ordens der Templer, founded by French and German Templars in Munich in 1932. It wasn’t until 1968 that the Order acquired this current property and moved in, expanding and remodelling to suit their needs.

The exact workings of the Templar Order remain shrouded in mystery, but a few things are known about the workings of the Archicovent der Templer in particular. It is rumoured that thirteen monks and thirteen nuns, representing Jesus and his twelve Apostles, live here together. This number however is not officially confirmed.

What we do know to be true according to this interview with Abbot Augustine from the Archicovent der Templer is that the men and women who live here take a vow and commit to living in poverty, silence, and obedience, with a daily routine including fixed prayer times and a dedication to selflessly serving those in need.

Today, the monastery dedicates itself to charitable initiatives such as daily hot meals for seniors and vulnerable groups, as well as a free fresh food market where those in need are encouraged to collect supplies. Since 1974, they have been running their charity work through their non-profit organization known as the Trinitarion der Templer eV. 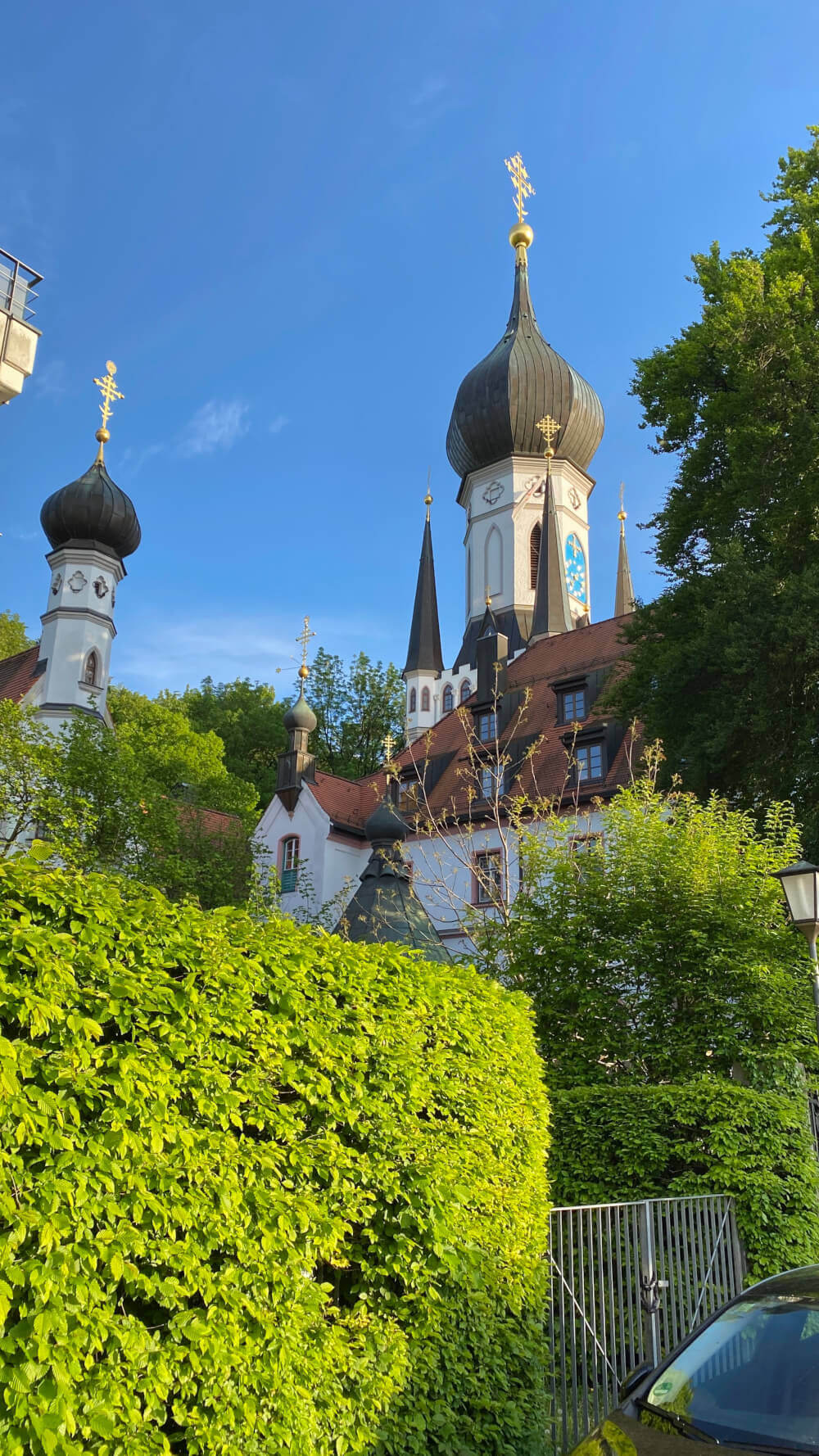 At first glance, you might be wondering how this elaborate villa houses a monastery at all. Well, the answer to that is simple: the Order didn’t move in until the 1960s. When it was originally constructed in 1880, the opulent villa belonged to the goldsmith and jeweller Karl Winterhalter, whose works you can spot in the Nationalmuseum.

Of course, modifications were made after the Order moved in, particularly the construction of the distinctive onion dome tower that rises majestically above the villa. This 67m high tower is no doubt the monastery’s defining feature, drawing attention to its (otherwise rather secretive) existence.

According to order’s official website, the onion crown of the dome itself is 18m high, with four smaller towers surrounding it which symbolize the four evangelists. While the onion dome is topped with the order’s patriarchal cross, the smaller towers are instead topped with golden Jerusalem crosses.

The most impressive feature of the onion tower though might be its chime, which consists of 21 bells and therefore gives it claim to be the largest of its kind in Southern Germany.

Last but not least, it’s worth mentioning that the building also has a photovoltaic system installed on the roof to generate solar power for the building. 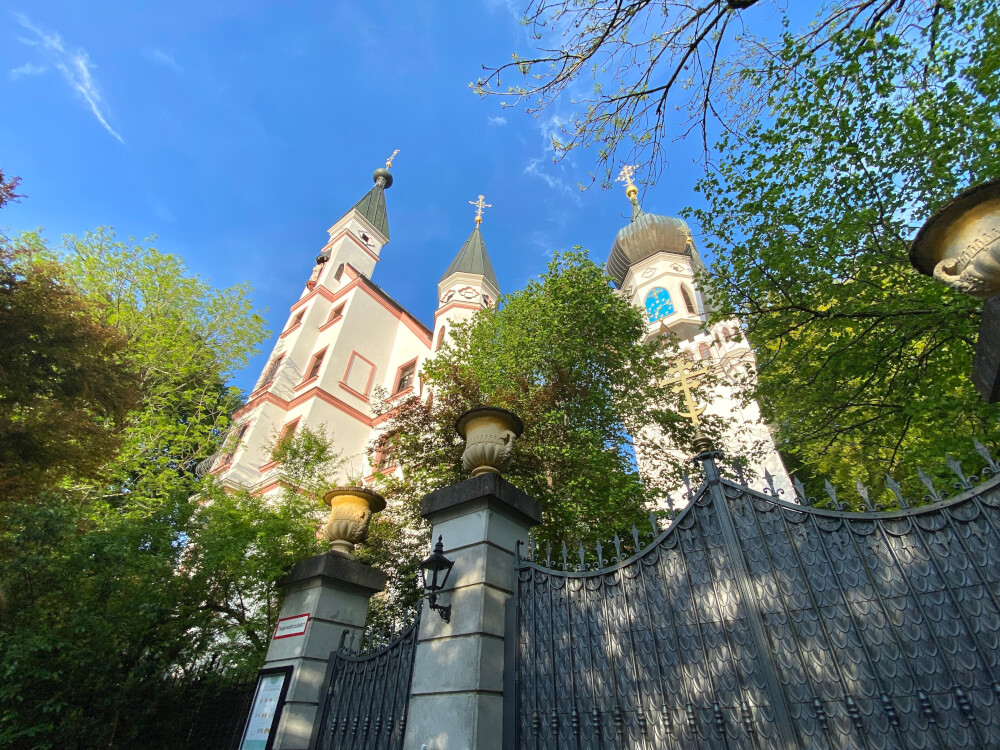 So after marvelling at the monastery’s architecture, you might begin to wonder what actually happens behind those gates.

The answer, according to the Archicovent der Templer website, is charitable initiatives!

The order has for years dedicated to themselves to helping the city’s most vulnerable, including seniors and those living in poverty. As a result, they have established a wide range of initiatives that alleviate hunger and suffering among these populations, including:

Hours: The Archicovent der Templer is not generally open to the public for sightseeing (although there is a possibility for tours – see below). Because of this, you can only admire the building from the outside. Don’t worry though – it’s still impressive to gawk at!

Guided tours: The official Archicovent der Templre website mentions that tours are possible for smaller groups who are interested in the “culture, history and social purposes” of the order. Click here for more info. 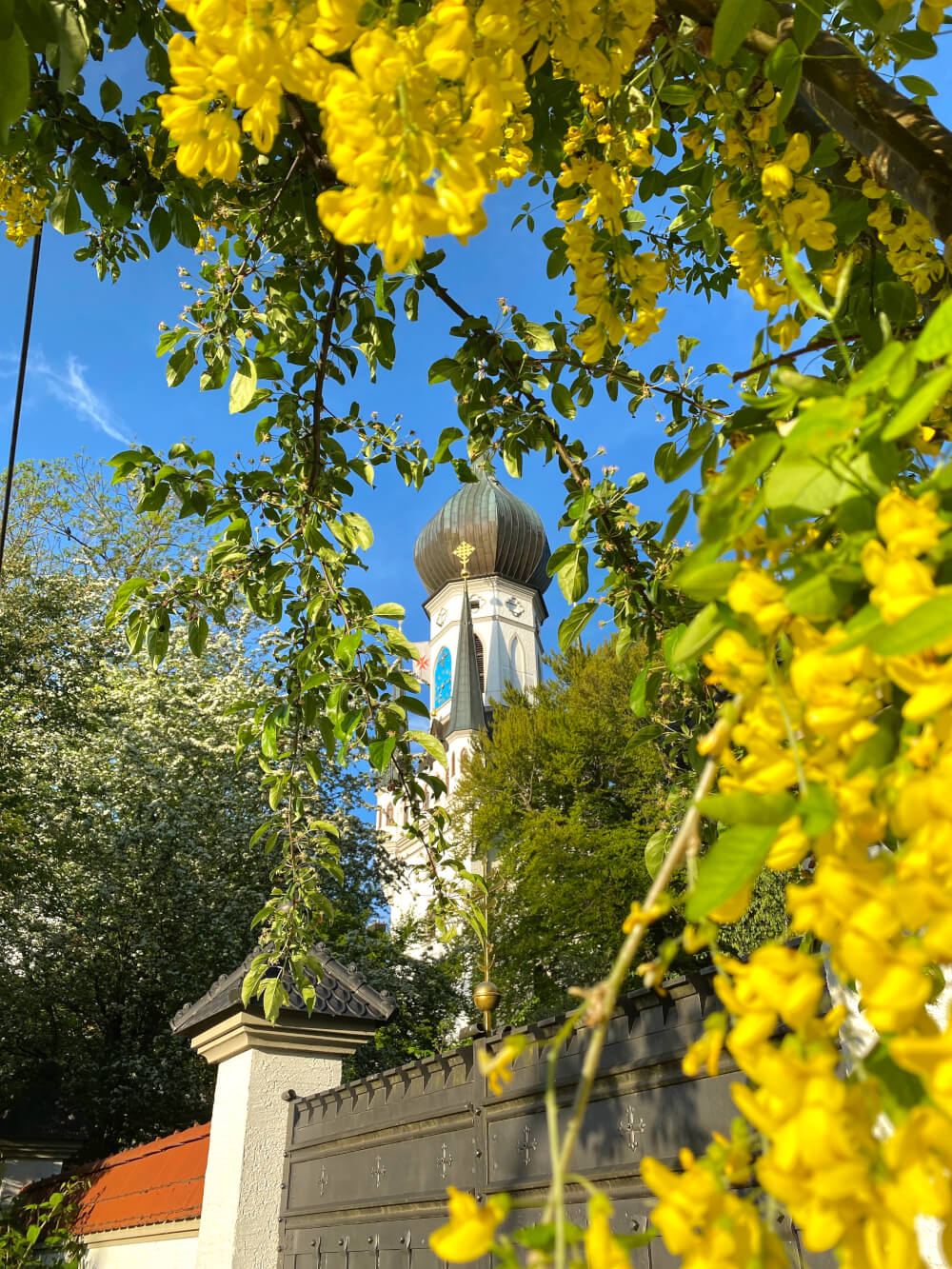