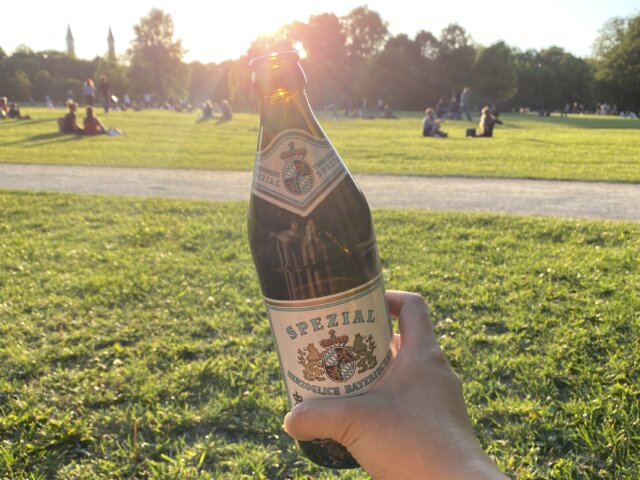 As bars and clubs remain closed throughout Bavaria, the sight of groups sipping drinks at hotspots like the Isar and the English Garden has become an all-too-common one, with pop-up party spots taking over the city well into the late hours of the night.

However, these laidback summer days with a drink in hand might soon become a thing of the past, as rising coronavirus figures pressure the government to enforce stricter measures. Now, according to BR, the Bavarian government is looking into banning alcohol in public spaces.

During a Cabinet meeting held on Tuesday, July 28, a discussion was led regarding alcohol bans in public spaces throughout the state. Translated into English from the meeting’s full recap here, the following was said about the issue:

“Experience has shown that, in particular, common alcohol consumption within large crowds of people in public places leads to increased disregard for the necessary infection protection rules.”

The recap moreover expanded that “independent cities and counties are therefore strongly encouraged to examine alcohol bans in public spaces at relevant locations within their respective areas of responsibility.”

While Munich has not yet implemented any forms of alcohol bans, other Bavarian cities have already done so in recent weeks, including Augsburg (where selling to-go drinks after midnight is banned in certain areas of the city center) and Bamberg (where the selling of alcohol to go was banned on weekends along the city’s main pub street). In Bamberg, the initial ban which lasted 14 days had to be reinstated due to an immediate resurgence of public alcohol consumption in central areas after the ban was lifted.

While the idea of banning alcohol in public areas has drawn support from prominent government officials including Minister of Health Melanie Huml and Minister-President, Markus Söder, the idea has drawn criticism from others, including AfD member of parliament Franz Bergmüller, who wrote on his official Facebook page that the measures constituted an “Entmündigungen der Bürger”, or incapacitation of citizens.

There is not yet any official word on alcohol bans taking place specifically in Munich. More on this as it develops.