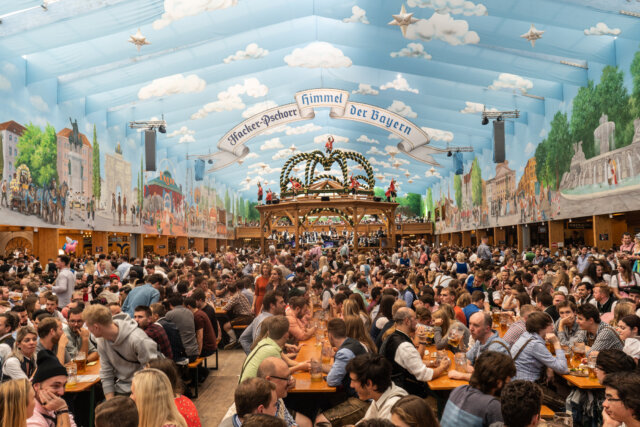 It’s official – Oktoberfest 2021 in Munich will not be taking place this year.

The news was confirmed at a press conference held by Munich’s mayor Dieter Reiter and Bavaria’s Minister-President Markus Söder on Monday afternoon.

You can watch the press conference here or read a written statement here.

After a devastating cancellation in 2020, Oktoberfest 2021 was scheduled to take place from September 18 to October 3, but it seems like we’ll have to wait again for the 2022 edition.

Translated into English, Mayor Reiter said “We can only celebrate a Volksfest if the Volk can go. In my opinion, there can be no admission restrictions, because otherwise it is not a Volkfest”.

He added that “Just a little Oktoberfest is not possible. That is why we have to bite the bullet and will not have one in 2021.”

As for other Volksfest-esque events to take place this year, Minister-President Söder said that they would be working with local municipalities on decentralized solutions similar to last year’s Sommer in der Stadt.

However, at the moment, no plans have been confirmed.

What About Oktoberfest 2021 in Dubai?

So, there won’t be an Oktoberfest in Munich this year… what about potential beer festivals elsewhere?

If you’ve spent any time on social media lately, you’ll have no doubt seen the rumours that have been circulating about a potential Oktoberfest 2021 taking place in Dubai.

It’s important to note that 1) this event has not been officially announced or confirmed and 2) if it does happen, it will be an event entirely separate from the official Oktoberfest in Munich.

In fact, the city of Munich even issued a formal statement here distancing themselves from the Dubai event, saying “The Oktoberfest is a Munich original and takes place exclusively in Munich.”

What would an Oktoberfest 2021 in Dubai look like? Here is a quick overview/summary from Bild here, who broke the story first:

More details on this as it develops.

New Lockdown Rules in Munich: What Changes From May 11

“Emergency Brake” in Effect in Munich from Sunday Onwards: What That Means

New Lockdown Rules in Munich: What Changes From May 11

New Lockdown Relaxations in Bavaria: What Changes from Wednesday, April 28...

The Best Authentic Thai Food in Munich (As Recommended by Thai...